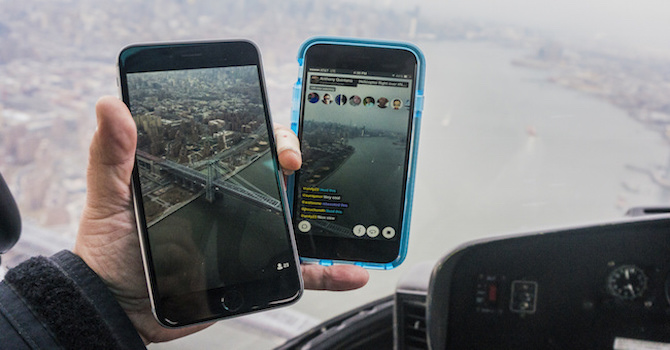 WITNESS Tech Digest: Video From Your Phone, Live and Direct

Last week, WITNESS’ Sam Gregory and Arul Prakkash were in the Phillipines at RightsCon facilitating a session on live video and activism. Meanwhile, it seemed like everyone else in the tech world was talking about live video too, as Periscope and Meerkat were front and center for anyone attending SXSW, scrolling through Twitter, or reading tech media. Since live video experiences were a theme this month, we wanted to feature a few of the main stories and their relation to human rights video:

One use case that is of specific interest to the Alibi team is how the app can be used to film interactions with the police. This is interesting to think about in conjunction with the developments around the most talked-about use of constant video lately: police bodycams. The proposals and demands for the increased use of bodycams in America have continued to grow since they began last fall. Now, police departments are starting to grapple with the implications of having always-on video used by their officers. In Seattle, for example, police are releasing all of their bodycam footage in a blurred and soundless format on YouTube, hoping to satisfy overwhelming open records requests. Other cities have backed off implementing bodycams due to concerns about how to manage access and privacy. Data & Society, a think tank based in New York, recently released a report that gives a good overview of the experiences so far.

This post is part of our monthly look at the tech behind video activism; see previous posts here.